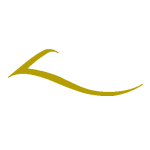 Lithuanian Chamber Orchestra is a passionate ambassador of music written by Baltic composers. They were one of the first orchestras to perform music by Arvo Pärt – their recording of Tabula rasa became a bestseller of the XX century. On 15 April 2020, the results for the best Estonian classical album of all times were announced in Klassikaraadio, and the winner was Arvo Pärt’s Tabula rasa, the first recording of Arvo Pärt’s work under ECM Records from 1984, featuring Gidon Kremer, Tatjana Grindenko, Alfred Schnittke, with the Lithuanian Chamber Orchestra, conducted by Saulius Sondeckis.

The composer himself came to many rehearsals and gave his guidance to how his music should be interpreted. Orchestra’s founding Artistic director and conductor Saulius Sondeckis remembered: “At the end of Tabula rasa there is a conductor’s solo – 23 rests. The orchestra has to so to say turn into stones and sit very still, while the conductor slowly counts up to 23. It requires most incredible concentration, especially if the composer himself sits in the audience and counts. After about ten years Arvo Pärt changed it to 15!”

Not only Tabula rasa, but also Te Deum, Orient & Occident (dedicated to S. Sondeckis and the Lithuanian Chamber Orchestra), Trisagion, Mein Weg and other pieces were performed by the LCO at major festivals and concert halls across Europe.